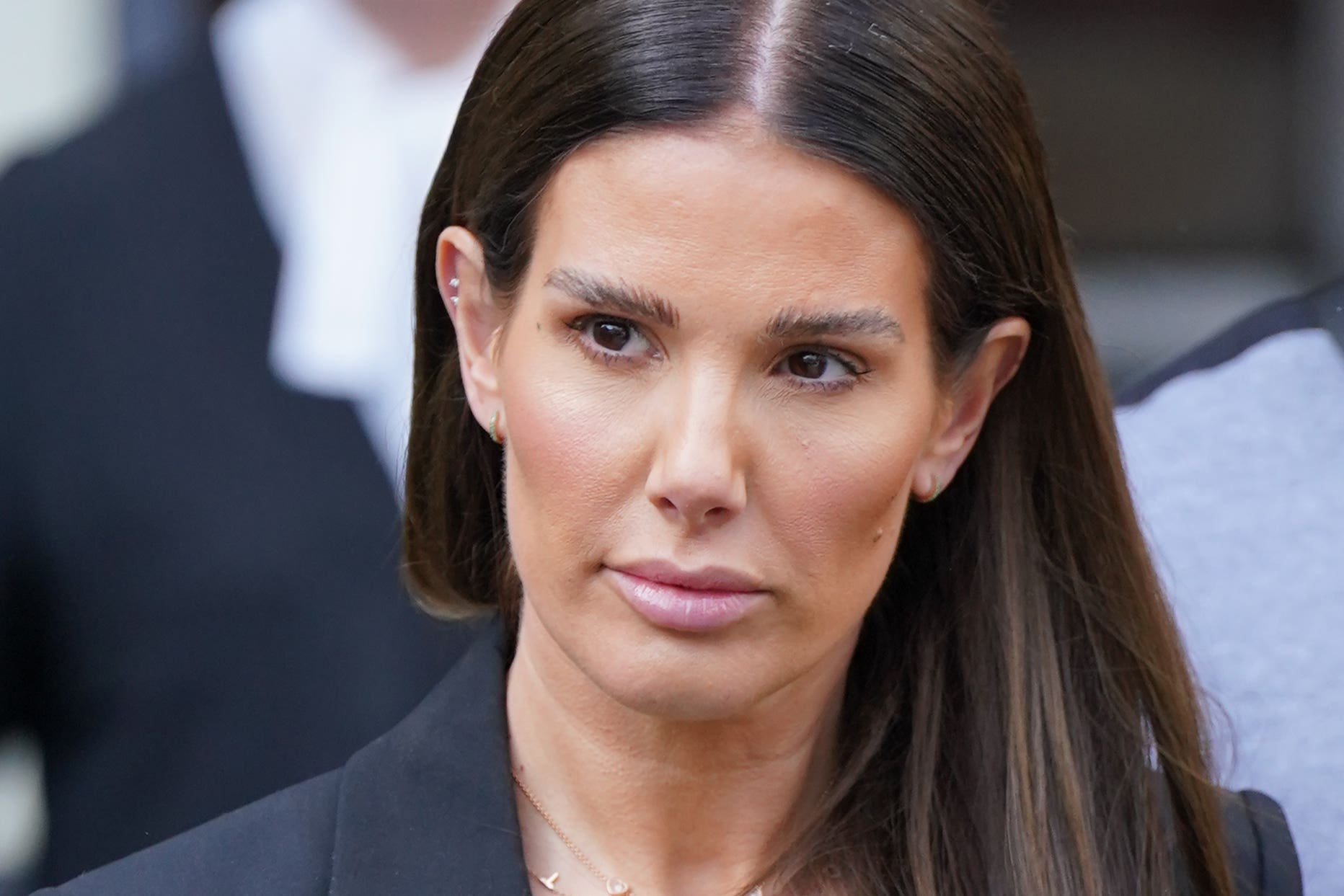 Rebekah Vardy has accused Coleen Rooney of “weaponising” her fan base during the so-called “Wagatha Christie” trial.

The wife of Leicester City striker Jamie Vardy said Rooney’s decision to expose her publicly had been “sinister” and that she had initially thought it was “not real”.

Last week Vardy, 40, lost a libel battle against 36-year-old Rooney over a viral social media post, after a High Court judge found it was “substantially true”.

In the original post, Rooney said she had carried out a months-long “sting operation” and accused Vardy of leaking “false stories” about her private life to the press.

The wife of former England star Wayne Rooney publicly claimed Vardy’s account was the source behind three stories in The Sun newspaper featuring fake details she had posted on her private Instagram stories.

Vardy denied leaking stories to the media and sued her fellow footballer’s wife for libel.

Both women attended a week-long trial at the High Court in London in May, which attracted a huge amount of press attention.

Speaking to The Sun, Vardy described how she had phoned Rooney to confront her about the original post, which was put online in October 2019.

“I picked up the phone and I called her and basically said ‘what the f*** is this?’ and her response was quite, I don’t know, quite rude, quite harsh,” she said.

“She basically just said, ‘you know what this is?’ And at that point, I really didn’t know what it was.

Watch ‘Coleen and me…’ – Wednesday 3rd August at 7pm, only on @TalkTV.

“I’d read the words and you know when you read something, and it’s like reading it about someone else.

She added: “No one would do something so sinister knowing that they were weaponising a fan base against someone.”

Despite the decision against her, Vardy said that if she were to see Rooney “in the street tomorrow” she would “ask her if she wanted to go for a Caffe Nero”.

“Life is too short to be resentful and hold grudges and be bitter towards someone. That is not me. I am not that person,” she said.

Vardy also told the Sun she was “scared to be out in public places” after receiving up to 100 abusive messages per day.

She said some people “went the extra mile” to abuse her and even linked her with the disappearance of Madeleine McCann and the so-called Islamic State (IS) terror group.

“The whole thing has been awful. At its worst, I was worried to be on my own, to leave the house. I was scared to be out in public places,” she told the paper.

“Even the smallest things, like going shopping, were horrendous.”

“Everyone always says: ‘These people wouldn’t say things to your face’, but actually you do get the odd few that go that extra mile.

“The abuse I was getting was insane. At the beginning it would be 100 messages a day.”

“I was linked to the disappearance of Madeleine McCann, people suggesting I was a member of IS, stuff like that.

“It was as if I’d murdered someone.”

In another interview with TalkTV’s Kate McCann, Vardy appeared to get emotional and described feeling “let down by the legal system”.

It is believed the total legal costs of the case will be in the region of £3 million, most of which will now be borne by Vardy.

– Rebekah Vardy: Coleen and me airs on TalkTV on August 3 at 7pm.