Mother of Archie: I’ve done everything I promised my little – Talktalk News 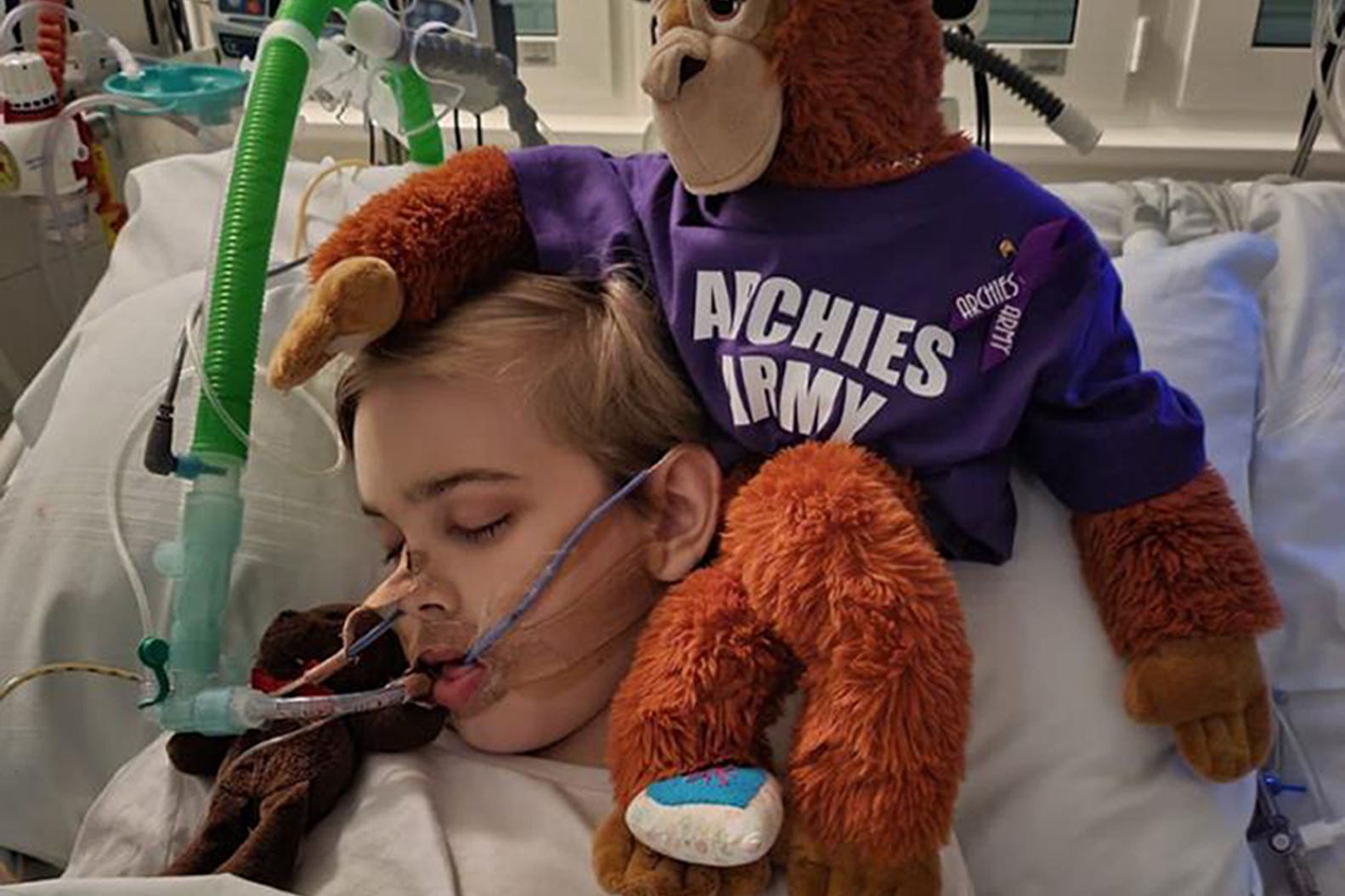 The mother of Archie Battersbee has said she has done everything she promised her son she would do as the family prepare for his life support to be withdrawn on Saturday morning.

A last-ditch plea to the European Court of Human Rights to intervene in the case was rejected late on Friday, following a High Court ruling that he must remain at Royal London Hospital in Whitechapel, east London.

Archie’s parents had fought a long-running legal battle over the withdrawal of treatment and in recent days made bids to the High Court, Court of Appeal and European Court of Human Rights to have him transferred to a hospice to die.

The 12-year-old has been in a coma since he was found unconscious by his mother in April and is being kept alive by a combination of medical interventions, including ventilation and drug treatments.

In an interview with Sky News, recorded on Friday, Archie’s mother Hollie Dance, of Southend, Essex, said she is “pretty broken” and that the day had been “absolutely awful”.

Breaking down, she said: “The last however many weeks since 7th April, I don’t think there’s been a day that hasn’t been awful really.”

Ms Dance added: “It’s been really hard. Despite the hard strong face and appearance obviously in front of the cameras up until now, I’ve been pretty broken.”

She said the hospital had made it clear there were no more options and that life support would be withdrawn at 10am on Saturday.

Asked if there was anything more she can do, Ms Dance said: “No. I’ve done everything that I promised my little boy I’d do. And I’ve done it.”

Supporters brought flowers to the hospital on Saturday morning.

Shelley Elias, 43, said she had come to the Royal London Hospital because “I wanted his mum Hollie and the family to know I was thinking of them”.

Mrs Elias, a mother of two from Stepney, east London, who said she vaguely knew Archie’s mother, brought flowers, a card and some candles.

She said: “I did not know what to write because there are no words that will take the pain away.

“I just wanted the mum and her family to know that I am here for them.

“My boy is 12, the same age as Archie, and this just puts things in perspective. When things like this happen, you just think ‘I have nothing to moan about in life’.”

Candles flickered in the shape of the letter “A” and also formed a love heart around a card with Archie’s name in a makeshift tribute at a statue in front of the hospital.

It was created by passers-by who said they wanted to show their support.

A spokesman with campaign group Christian Concern, which is supporting Archie’s family, told the PA news agency: “All legal routes have been exhausted.

“The family are devastated and are spending precious time with Archie.”

Barts Health NHS Trust did not immediately update its statement, instead referring to its previous position which said no changes will be made to Archie’s care “until the outstanding legal issues are resolved”.

In a High Court ruling on Friday morning, Mrs Justice Theis concluded it was not in Archie’s best interests to be moved to a hospice and the Court of Appeal rejected permission to appeal that decision.

Christian Concern said the family had wanted to challenge the High Court ruling by arguing there had been a violation of articles six and eight of the European Convention on Human Rights.

A spokesman for the European court said it had received a request from representatives of Archie’s parents under Rule 39, which allow it to apply “interim measures” in “exceptional” cases, and that the complaints “fell outside the scope” of that rule, and so it would not intervene.

The Court of Appeal judges said Mrs Justice Theis’ ruling in the High Court dealt “comprehensively with each of the points raised on behalf of the parents”.

The judges said they had “reached the clear conclusion that each of her decisions was right for the reasons she gave”.

They added: “It follows that the proposed appeal has no prospect of success and there is no other compelling reason for the Court of Appeal to hear an appeal.”

The Court of Appeal judges also said one of the arguments presented by Archie’s parents was “flawed legally”, adding: “It is also not easy to understand as it seeks to argue that Archie’s best interests have ceased to be relevant.”

Doctors treating the schoolboy for the last four months declared Archie to be “brain-stem dead”, prompting a lengthy but ultimately failed legal battle by his family to continue his life support treatment in the hope he would recover.