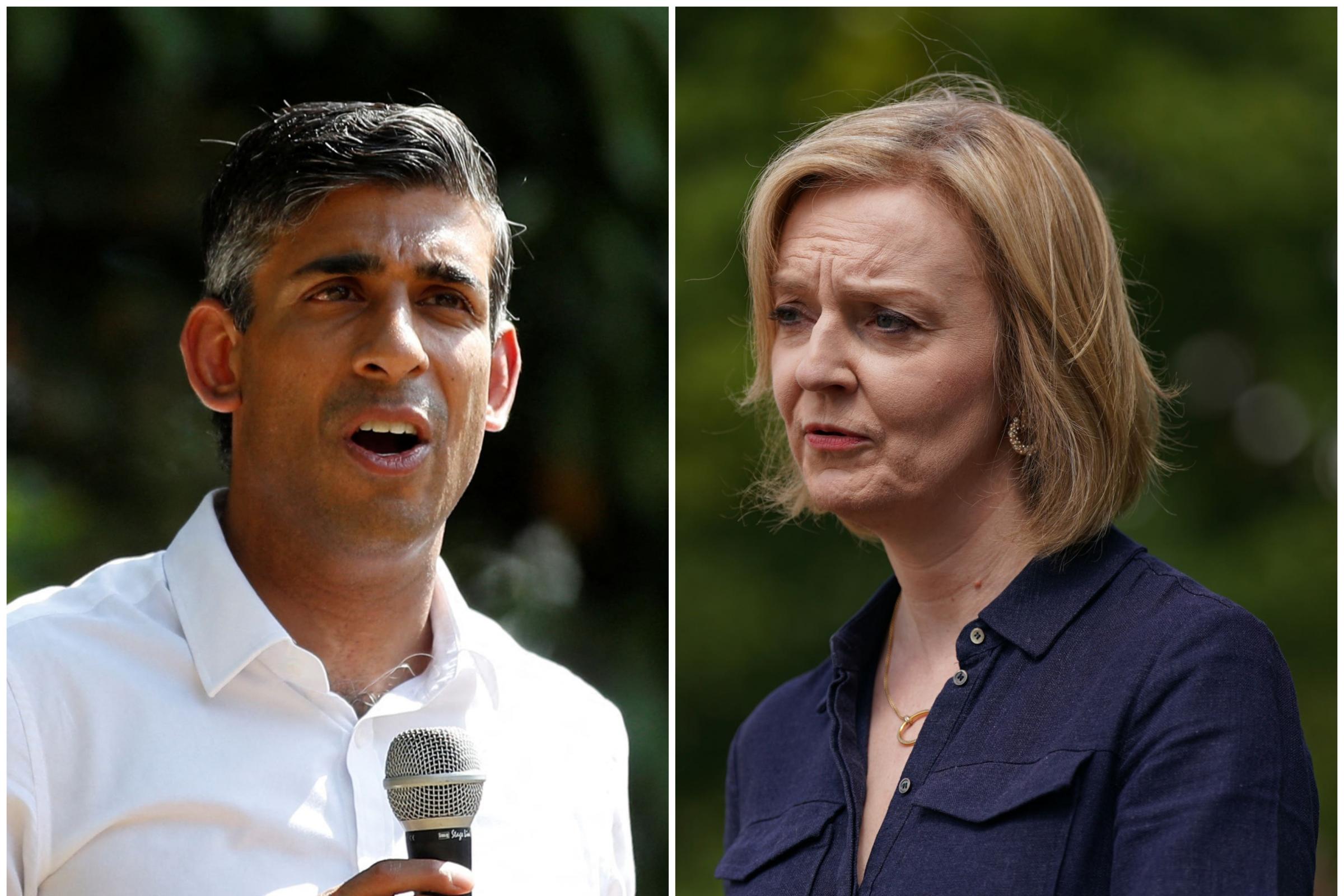 Liz Truss has abandoned a flagship policy to slash £8.8 billion from public sector pay after furious warnings from senior Conservatives that it would be “levelling down” the nation by leaving nurses, police officers and teachers poorer.

The Tory leadership frontrunner scrapped the plan to pay workers in cheaper regions less than their counterparts in London and the South East on Tuesday morning, a little over 12 hours after making the major announcement.

A spokeswoman for the Foreign Secretary’s campaign claimed there had been “wilful misrepresentation” of the proposal amid growing blue-on-blue attacks, but made clear they would be dropping it and instead maintaining current levels of pay.

There is simply no way you can do this without a massive pay cut for 5.5m people including nurses, police officers and our armed forces outside London.

So much that we’ve worked for in places like Teesside, would be undone

Conservative Tees Valley mayor Ben Houchen, who is backing Rishi Sunak, had said he had been left “actually speechless” by Ms Truss’s pitch to party members choosing the next prime minister.

Ms Truss, widely seen as the frontrunner to take over in No 10, had announced the move on Monday night as part of a “war on Whitehall waste” to make savings from the Civil Service.

But the Sunak campaign argued that the plan would slash the pay of nearly six million public sector workers, with nurses, police and armed forces members facing £1,500 of cuts.

“Anything to suggest otherwise is simply wrong.

“Our hard-working frontline staff are the bedrock of society and there will be no proposal taken forward on regional pay boards for civil servants or public sector workers.”

This is a terrible idea and would be hugely damaging to public services in Cornwall where we already struggle to recruit NHS staff. The £billions saved would be coming straight out of rural economies. This is leveling down not up. Just one reason I will be voting for @RishiSunak

Mr Sunak’s camp argued that the move was no mistake, saying that Ms Truss had called for the move when she was chief secretary to the Treasury in 2018.

“The lady is for turning,” a source said, mocking the Cabinet minister over comparisons she receives with former Conservative prime minister Margaret Thatcher.

It was unclear how the Truss camp believed the policy had been misrepresented, with them clearly having stated that up to £8.8 billion could be saved by extending the move for all public sector workers.

“So this U-turn has wiped out £8.8 billion in savings. Where are these going to come from now?” the Tory MP for the Forest of Dean said.

“An economic policy that can’t be paid for isn’t very Conservative. Mrs Thatcher would be livid.”

Earlier in the day, Mr Houchen had described the plan as a “ticking time bomb set by Team Truss that will explode ahead of the next general election”.

Institute for Government programme director Alex Thomas argued that the “complicated and controversial” move would mean nurses and teachers being paid less or receiving slower pay rises than others.

“This is not war on Whitehall, it’s more like war on Workington,” he told BBC Radio 4’s Today programme.

Well they will get levelling down if Liz Truss is given the chance of cutting all non-London public sector pay. Bad news for huge numbers of families and increased pressure on housing and services in London and SE. A totally bad initiative

Steve Double, the Conservative MP for St Austell and Newquay, said the “terrible idea” would be “hugely damaging to public services in Cornwall, where we already struggle to recruit NHS staff”.

“The billions saved would be coming straight out of rural economies. This is levelling down not up,” he said as he vowed to vote for Mr Sunak.

Simon Hoare, the Sunak backer who chairs the Commons Northern Ireland Committee, said it is a “totally bad initiative” that would result in “levelling down”.

TUC general secretary Frances O’Grady said: “It seemed to be a plan to declare lots of towns as low-pay zones. And it would create a race to the bottom, making well-paid work harder to find.

“She may have withdrawn the plan for now but after 12 years already of Conservative pay caps and cuts, both Truss and Sunak are still committed to holding down pay behind rising prices across the public sector.”

The plan was contained in Ms Truss’s policy to save £11 billion by cutting Civil Service time off, scrapping jobs aimed at increasing inclusion and diversity in the public sector, and by ending national pay deals.

The last point would mean taking into account the regional cost of living when paying public sector workers.

Her campaign had argued it could save up to £8.8 billion annually if it was adopted for all public sector workers in the long term.

Labour said it would slash £7.1 billion from economies in the North of England, the Midlands and Yorkshire.

Deputy leader Angela Rayner said: “If Liz Truss is handed the keys to Number 10, workers outside the M25 will see their pay levelled down as she kicks out the ladder.”

The first major error from Ms Truss’s campaign came as Mr Sunak battles to make up ground during what is a key week in the contest for the keys to No 10.

Monday night’s hustings will be followed by three further head-to-head clashes, including a televised Sky debate on Thursday.

The Sunak campaign had hoped that his pledge to cut income tax would boost his chances as Tory Party members receive their postal votes.